I wasn´t planning on making another beastman band for upcoming Geneatealer cult army. And then I ended up having two extra beastmen both of which are such nice sculpts that I just had to include them. Which means it´s off to ebay again to get me four more to have another group of six. As the Brood Brothers are carrying the the Cults banner I felt that the Beastmen need a flag of their own. 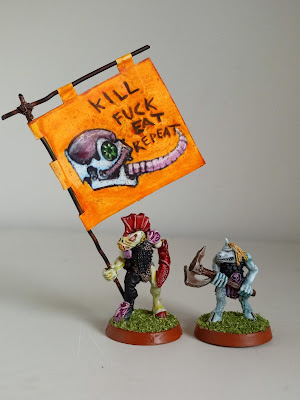 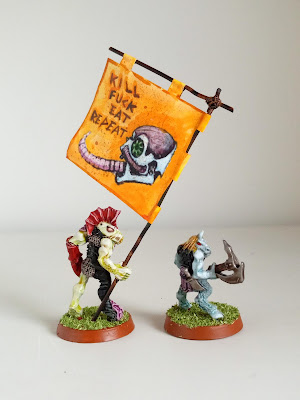 Yes, that banner is a bit profane but they are old school Slaaneshian you know.
Lähettänyt VonKortez klo 10.48