With both Gnovember and my gnome models running out shortly it is time to look at what got done this time. 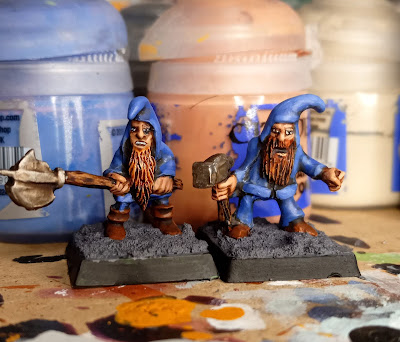 The last two troopers. One with a halberd and the other with a large hammer. 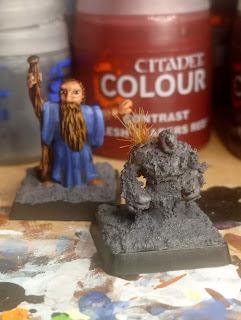 A small earth elemental. A freebie I received from Krakon Games. "Painted" with
Astrogranite technical and higlighted a bit. Some turf thrown on his shoulder to
make it look like he´s been raised from the very ground he stands on.

My painted gnomes so far. They can already be called a war band, can´t they.

That was one fast delivery! I ordered a few gnomes from Krakon Games after painting a patch of five in the beginning of Gnovember. And here stand painted some of those new ones. 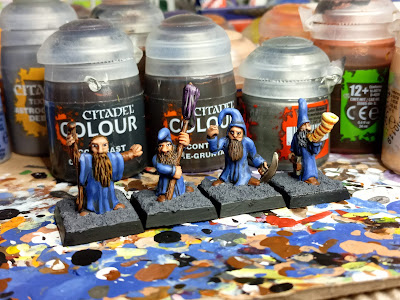 From left to right: Geomancer, standard bearer, champion and musician.
The champion is from Krakon Games Gnome set 3.
But with that pose he looks like a leader of some kind to me. 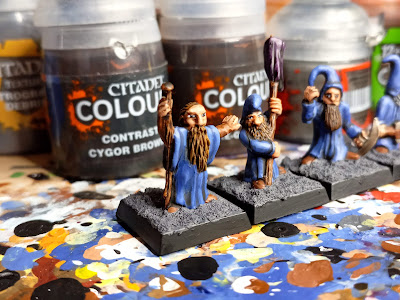 Those faces are almost too small for my ageing eyes. Or maybe I´ll just
havo to give in and get those eye glasses...
Lähettänyt VonKortez klo 2.14 Ei kommentteja:

It´s been a while since I posted anything GS related. My Cult army has been without a leader but just the other day I found time to finish this Bob Olley patriach. There are only two oldhammer patriarch models that I know of. This and the one that sits on a throne. The running one suits gaming purposes better in my opinion. And is less expensive. Check this posting for his Cult Coven. 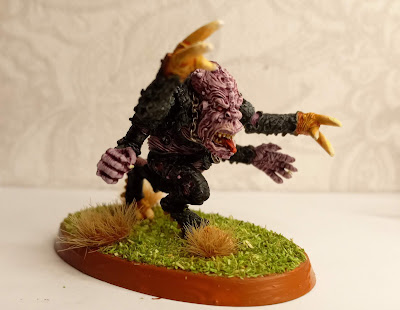 Painted mostly with contrast. Some regular paints for metals and higlights. 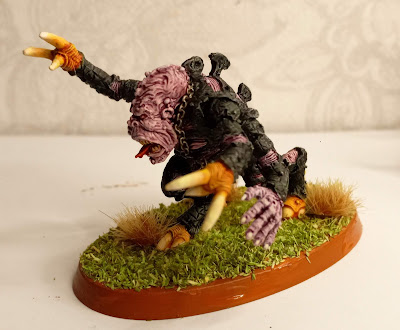 With those long arms it´s pretty hard to get a really good picture of him. 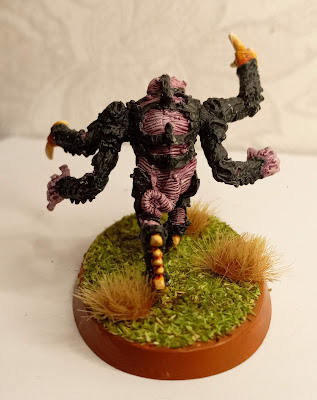 Back shot showing the purple body under that black carapace. And his tail. 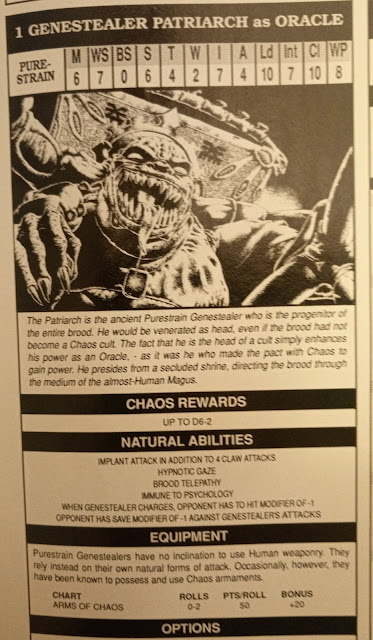 Now I need to get him a limousine. And a few more purestrains as there´s only one now.