How does one control a RT era IG Land Speeder?

There´s a strange little difference between the marine and IG Land Speeders of RT era.The marine driver seems to have both hands on controls while the rider is just riding along. And perhaps operating the weapon systems. But the IG crew is different. The driver has his right hand on a stick and the rider is using some sort of controls that looks like throttle with his left hand. 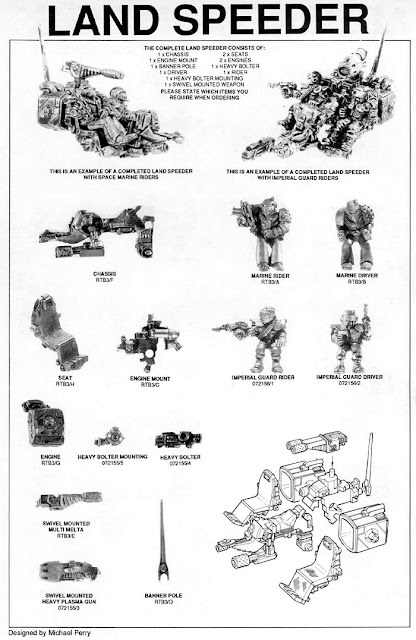 If we assume that a land speeder works like a light air craft then pitch and roll controlled with a stick. And speed/power with a throttle lever. In the marine speeder the logical set up could be that the pilot has the stick in his right hand and on the left side is the throttle. A pretty believable system.

But that IG speeder is a strange one. It would require one very skilled crew in my opinion to hand a system where one crew member controlls the stick and the other one the throttle. 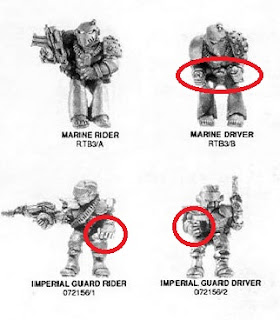 And who uses those speeder weapons systems in that IG set up? 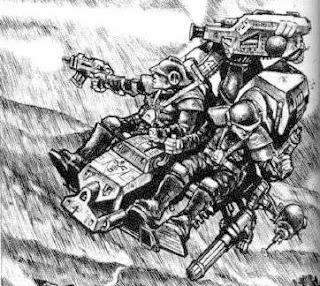 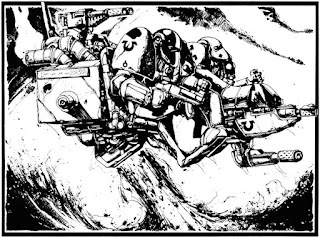 Even the fluff pictures show that IG uses two pilots while for marines the driver has all the controlls. And that top weapon is clearly steerable.

Here´s my desert scheme IG land speeder. The crew has a Judge Dredd wibe with those big visors of theirs. 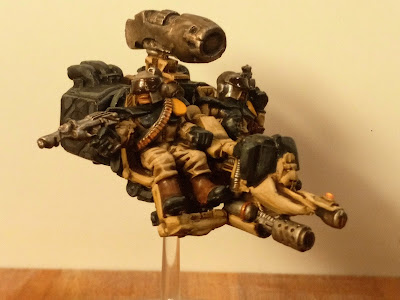 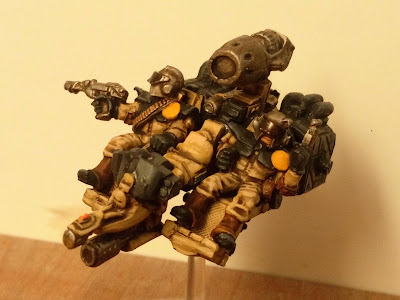 Not much painting this september. Let´s hope orctober will be better...
Lähettänyt VonKortez klo 9.40 5 kommenttia:

Now with the #paintabob challenge started I went ahead to finish this ogryn squad. The other four were completed earlier and some have been presented here before. Of the three Bob Olley ogryns I have I chose this one to be my #paintabob entrant. 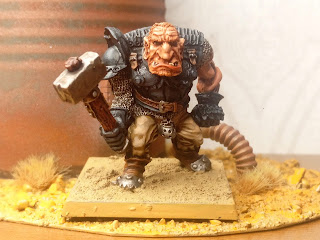 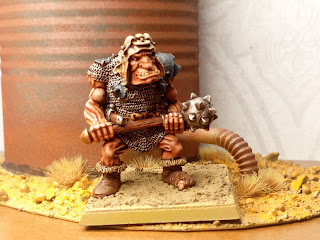 The first ogryn I painted. No codpiece in sight which is strange given it´s an Olley sculpt. 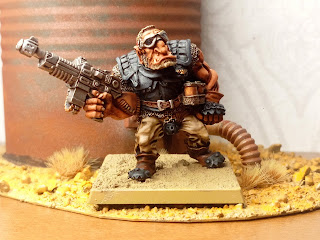 And there´s that codpiece again. This sergeant is one of my favourite Olleys. Really cool model. 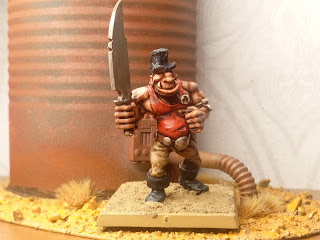 Filling the ranks is this Marauder MM42/2 ogre with a Huge blade. 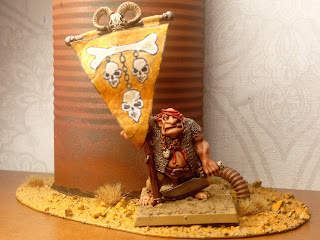 Not exactly an oldhammer model but I wanted to have a standard bearer and felt that this chaps weapon tied him together with that Marauder model above. 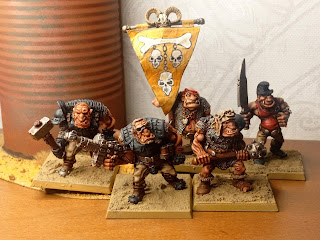